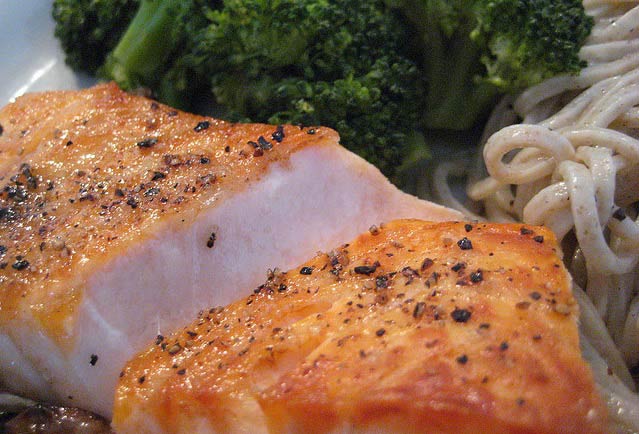 Women, children and adolescents should avoid eating farmed salmon, according to Norwegian doctors and international experts. The reason is that salmon feed contains harmful pollutants.

Talking to VG, specialist Anne-Lise Birch Monsen and Physician and professor of medicine, Bjørn Bolann say that it is uncertain in both the amount of toxins and how they affect children, adolescents and pregnant. They point out that the type of contaminants that have been detected in farmed salmon have a negative effect on brain development and is associated with autism, AD / HD and reduced IQ.

A large European study involving about 8,000 newborns, shows that pregnant women with high levels of toxins in the body have children with lower birth weight, which may have an adverse effect on child health.

Conservative party (Høyre) economic policy spokesman  Svein Flåtten asks fisheries minister to respond in the Parliament on whether Norwegian farmed salmon is dangerous to eat for children and pregnant women.

– I want to know what she can do to make Norwegian consumers and society sure that Norwegian farmed salmon is a healthy and clean product. That’s what we’ve been hearing from researchers for years, says Flåtten to NTB.

He believes there is reason to take seriously the warning raised by doctors.

– There is no doubt that such claims may have a negative effect on salmon industry. Therefore, it is important to clarify this quickly. I expect the health authorities to look closely at the findings discussed, he said.