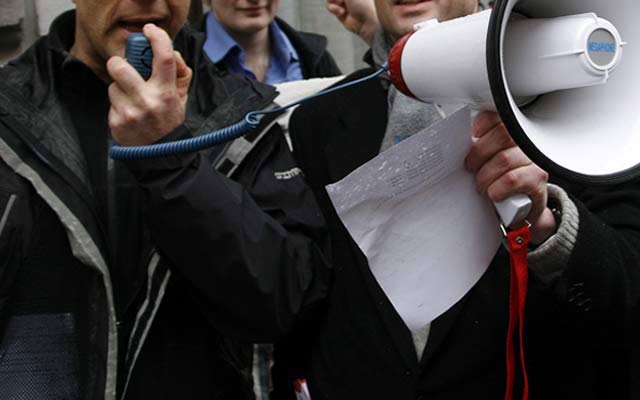 Socialist youth movement, Blitz demonstrated against SIAN’s demonstration in front of the parliament building on Saturday. On one occasion, two groups attempted to confront, but police stopped them quickly and arrested four people.

While 20 people turned up to support SIAN, almost 40 attended to the anti- SIAN demonstration.

SIAN had announced on its website before the demonstration that the Muslim prophet would be both “insulted” and “offended” at the ceremony.