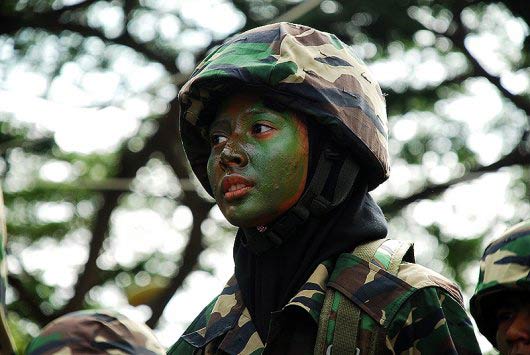 – The use of religious symbols on military uniforms was approved from 1 July this year, says Major Tor Simen Olberg, to Aftenbladet.

The Norwegian Ministry of Defence gave the green light allowing usage of different symbols with the military uniforms. The reason is that Norwegian soldiers in today’s military is linked to many more faiths compared to previous years.

Among the symbols that are allowed to use is the turban for Sikh soldiers, and for soldiers belonging to the Jewish community, it has been allowed to wear a kippah on their heads. This can also be worn under the regular uniform cap.

The military has in recent years also included some female soldiers of Muslim descent. They can from now on, if desired, use the hijab as a part of their uniform.

– It is assumed that women who wear hijab have tied this tightly around her head. Headgear should not droop freely around, says Major Olberg from the chaplain corps. He adds that the range of allowed symbols is not long. In addition to the mentioned symbols soldiers are also allowed to wear bracelets with their religious symbols engraved or attached.

Jan-Arild Ellingsen (Progress Party) in foreign affairs and defense committee reacts to the desicion on allowing religious symbols in the military.
– The Armed Forces shall be independent of ethnic and religious affiliation. It’s okay with hidden symbols that show what belief you have, but completely unnecessary to show them, says Ellingsen to NTB.