A Portrait from the North: Arne Næss 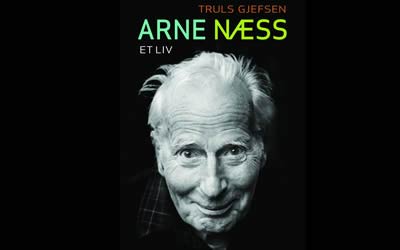 Arne Naess, a Norwegian philosopher whose ideas about
promoting an intimate and all-embracing relationship between the earth and the
human species inspired environmentalists and Green political activists around
the world, was born 100 years ago in 27 January 1912. When Næss has died aged
96, was not only Norway's best-known philosopher, but also a worlwide pioneer
with his inspirational works and theoiries.

An Activist and Sport
person

His skills were not limited to academic field. Næss was a
noted mountaineer, who in 1950 led the expedition that made the first ascent of
Tirich Mir (7,708 m). In 2005 he was decorated as a Commander with Star of the
Royal Norwegian Order of St. Olav for socially useful work. Moreover, he was an
activists. In 1970, together with a large number of demonstrators, he chained
himself to rocks in front of Mardalsfossen, a waterfall in a Norwegian fjord,
and refused to descend until plans to build a dam were dropped. Though the
demonstrators were carried away by police and the dam was eventually built, the
demonstration launched a more activist phase of Norwegian environmentalism. In
1958, Arne Næss founded the interdisciplinary journal of philosophy Inquiry.

The world especially know him better as the founder of deep
ecology. Deep ecology is a contemporary ecological philosophy that recognizes
an inherent worth of all living beings, regardless of their instrumental
utility to human needs. The philosophy emphasizes the interdependence of
organisms within ecosystems and that of ecosystems with each other within the
biosphere. It provides a foundation for the environmental, ecology and green
movements and has fostered a new system of environmental ethics.

Deep ecology's core principle is the belief that, like
humanity, the living environment as a whole has the same right to live and
flourish. Deep ecology describes itself as “deep” because it persists
in asking deeper questions concerning “why” and “how” and
thus is concerned with the fundamental philosophical questions about the
impacts of human life as one part of the ecosphere, rather than with a narrow
view of ecology as a branch of biological science, and aims to avoid merely
anthropocentric environmentalism, which is concerned with conservation of the
environment only for exploitation by and for humans purposes, which excludes
the fundamental philosophy of deep ecology.

Næss, in his fruitful life, was married twice, first to
Else, with whom he had two children. She predeceased him. He later married Kit
Fai, a Chinese student four decades his junior, whom he met when he was 61.