Budget 2012: Education and Research in Center 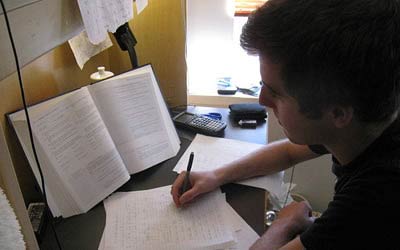 – We are very pleased that, in spite of a tight budget, the government has chosen to prioritise several important areas within the field of education and research, say ministers Kristin Halvorsen and Tora Aasland.

Both ministers emphasise that their main concern has been to implement those activities that have already been initiated and those that have been foretold. – We have reached this goal. Knowledge is a decisive factor both in the development of the welfare state and for Norway’s competitiveness, both Aasland and Halvorsen emphasise.

The allocations for day care increase by over NOK 500 million in the 2012 budget. Real reduction in parental payments are achieved by keeping the maximum price at the same level as last year (NOK 2 330 per month).

The maximum payment for parents of kindergarten will be continued at the same nominal level as this year. In the state budget for 2012, the Government proposes to increase funding to kindergartens with NOK 522 million. It is estimated to lower price and lead to equal treatment of municipal and non-municipal kindergartens.

The budget proposes a strengthening of primary and lower secondary education by just over NOK 150 million. The following measures are being prioritised:

– Post-qualifying education directed towards lower secondary level in the areas of class administration and training in arithmetic and reading.

– Continuation of the interest rate compensation scheme for renovation of and investment in school buildings and swimming facilities. This scheme is being strengthened with an additional investment limit of NOK 2 billion in 2012.

– Extension of the The Ny Giv programme in order to include more municipalities in the project. This is aimed at increasing the completion of upper secondary education and training

The government continues the prioritising of research in 2012, and thus there will be an overall real growth in the allocations to research. Several areas are being specifically prioritised in the budget:

– The government wishes to strengthen basic research in 2012. NOK 100 million are being earmarked for researcher-initiated research, while at the same time, universities are making similar priorities. Together, this will amount to NOK 200 million for the best project applications in which researchers wish to pursue their own ideas.

– In order to secure long-term and predictable research allocations, the government proposes that the return on capital from the Fund for Research and Innovation is converted into ordinary allocations on separate budget items. This implies that the fund mechanism will not be continued and that the allocations will grow in proportion with wage and price developments.

The government proposes to allocate NOK 1.5 billion to the higher education sector for already initiated construction projects, including equipment for such projects. Part of these funds will be earmarked for a new technology building at the University of Tromsø.

– In order to continue and extend the number of student places that were established in 2009 and 2011, the allocations are being increased by NOK 240 billion. This measure will provide around 2 600 additional student places in 2012. In the period from 2006-2016, the government is gradually increasing the number of new student places by 19 000.

– The government proposes to allocate NOK 12 million to eCampus. This is a project that aims at expanding and upgrading the ICT infrastructure within the higher education sector. The project will start with the northern counties of Norway.

– The allocation for student accommodation will be kept at a high level, which will enable the building of new housing for around 1000 students in 2012.

-Due to an increase in credits taken by students, the allocations for universities and colleges will rise by NOK 219 million.