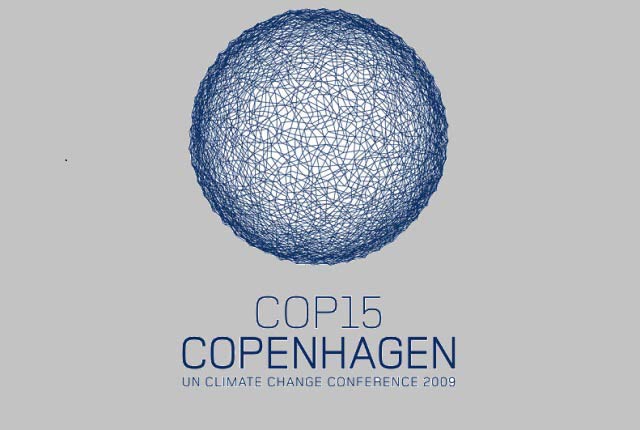 COPENHAGEN – All eyes are now on Copenhagen, where the UN Climate Change Conference will take place in December. But there is another reason to look to Denmark. In order to meet the challenges of climate change and energy security, all actors must focus on the opportunities that lie in the broad and fundamental change that society must undergo. The Danish energy sector has already once turned a huge challenge into an opportunity.

When the first oil crisis hit in 1973, Denmark was 90% dependent on oil and over 90% of that oil was imported. Such a situation was not sustainable. A national consensus emerged from the crisis that Denmark’s energy sector had to be transformed in order to secure future energy supply.

So Denmark started exploring for oil and gas in the Danish part of the North Sea. Coal and gas replaced oil in power plants and major programs to improve energy efficiency were launched. Today, Danish power plants are among the world’s most efficient with efficiency rates around 45%. If all power plants had such efficiency-levels, global power plant CO2-emissions could be reduced by 30%. Many plants were converted to allow them to produce power and district heating at the same time. This elevated power plant efficiency to 94%. Danish energy consumption has remained almost stable since 1981 due to such initiatives while GDP has risen by 70 %.

Securing reliable energy supplies was the key energy challenge of the 20th century. It will remain a major challenge in the 21st century as global population grows and modern life spreads to more and more people. The other big energy challenge is climate change. Add the two global challenges, and you have a Gordian knot: We have to produce much more energy with much less CO2.

This is a challenge, but it is also a huge business opportunity. If seized, it can spark an unprecedented wave of innovation that can fuel economic growth. Energy companies are among the best placed to seize the new business opportunities exactly because the energy sector is the most exposed to the global challenges.

One clear business opportunity lies in replacing fossil fuels with CO2-neutral energy. Clear emissions reduction targets are necessary to drive this development. DONG Energy has set a target to reduce the emissions from power and heat production with 85% by 2040 and with 50% by 2020. The target is to be achieved through expanding wind power and by replacing coal with biomass on power plants.

But climate change is not limited to the energy sector. Agriculture, forestry, transport, buildings and industry also contribute heavily to global warming. Greenhouse gasses must also be reduced in these sectors – in this quest the energy company can be a strategic partner. The business opportunities for energy producers lie in low-carbon energy. They also lie in pursuing a new role, where the energy company engages with actors from all sectors of society to reduce emissions by finding new ways of combining what is already known.

In agriculture and forestry the energy company can find different types of biomass that can be used in energy production. Today, wood chips, wood pellets and half of the straw produced in Danish agriculture are used to produce power and heat at Danish power plants.

In transportation the energy company can combine enzymes with biomass and produce a carbon-neutral alternative to oil. This is what DONG Energy is doing on one of the world’s first demonstration plant for second generation bioethanol, the Inbicon Biomass Refinery in Denmark. The result is second generation bioethanol produced from residuals from agriculture such as straw.

Similarly in transport the fast development of battery technology offers new opportunities. If you take a battery and put four wheels on it you have an electric vehicle that can serve as a much needed storage for wind energy. This paves the way for more wind energy in the energy system. DONG Energy has invested in Project Better Place Denmark and is contributing to the development of a Danish infrastructure for electric vehicles.

In buildings and industry there are opportunities in changing the way energy is used. Traditionally energy production has followed energy consumption. When private or industry consumers chose to switch on more light, power plants simply had to work harder. This picture is changing.

Every day more intermittent wind energy is deployed and in the not so distant future we will also see much more local energy production – for example from solar panels on buildings. Gradually energy production is becoming more difficult to control. Energy consumption will consequently have to take place when energy production is high. It is now the use of energy in industry and buildings that will have to be controlled. A smart grid will provide for the communications channel through which appliances in household and industry will know when to switch on and off.

By pursuing such new business opportunities the energy company can contribute to untying the Gordian knot and produce low-carbon energy and maintain energy security at the same time.

Rightly so, the global challenges from climate change and energy security dwarf the change Denmark went through in scope and in urgency. Nevertheless, the Danish answer to the first oil crisis, which led to massive innovation in energy technology, can serve to inspire to act. What seems an almost insurmountable challenge is in fact a business opportunity waiting to be seized.