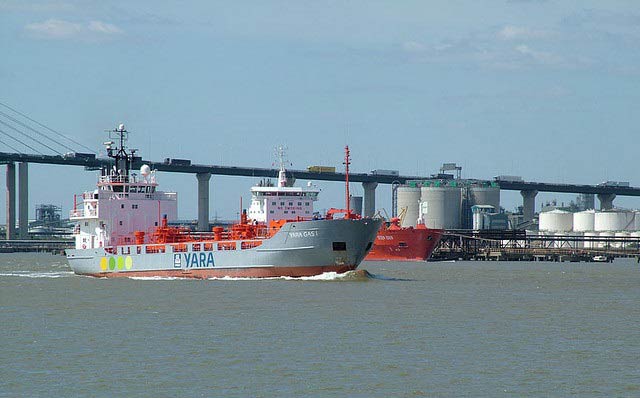 Norwegian authorities have expanded indictment against partly state-owned chemical company Yara by including bribery of persons with a Russian raw material supplier – Phosagro, reports NTB. Yara has long been accused of gross corruption in connection with the use of intermediaries in Libya and India.

Norwegian authorities began investigating the company in the spring of 2011, after Yara itself warned about possible bribes from the company to a consultant in connection with a project in Libya. While Yara hired external experts under the auspices of Wiersholm to investigate suspicions.

During the investigation, new corruption cases were revealed including a payment to an Indian consultant.

Reviewers state that in total almost 100 million NOK was spend in what they characterized as “unacceptable payments” to providers in Eastern Europe. The payments have occurred from Yara Balderton subsidiary in Switzerland. Fertilizer trader Nejdet Baysan, who owned Yara Balderton, says Yara management has known about the payments.

In an article in Dagens Næringsliv last Saturday it was reported that several Norwegian employees in recent years has notified the management of corruption risks associated with activities in Switzerland. It is also stated that Yara, after police had started corruption investigation, transferred shares worth close to 800 million NOK to a Cyprus company with unknown owner.

The company was established as Norsk Hydro – the world’s first producer of mineral nitrogen fertilizers – in 1905 and demerged as Yara International ASA on March 25, 2004. Yara is listed on the Oslo Stock Exchange and has its headquarters in Oslo. The company has about 7,300 employees, with operations in more than 50 countries and sales to over 150.