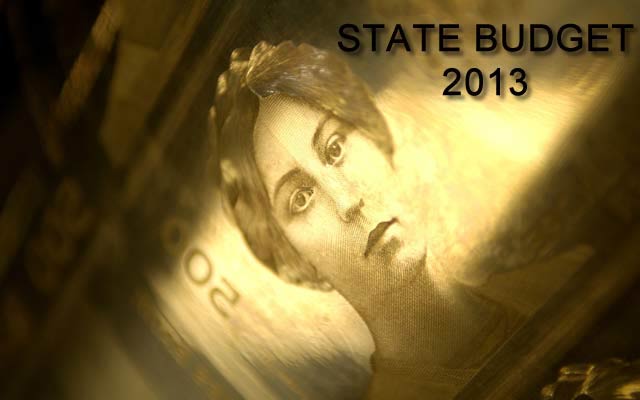 Here are some highlights from the budget of 2013:

Activity in the Euro area has fallen and is still lower than before the financial crisis broke out in 2008. In Norway, the mainland economy has increased and is much higher than before the financial crisis. The estimate for growth in the mainland economy is increased by 1 percentage point since Revised National, to 3.7 percent for 2012. Next year, growth is projected at 2.9 pct

The budget for 2013 does not help to increase the speed of the Norwegian economy further. It all adds up to a nearly neutral budget, ie the use of petroleum revenues grows roughly in line with the value in the mainland economy.

Proposed budget provides a use of oil revenues of over 125 billion next year. 3.3 percent of projected capital in the fund.

Increased funding to hospitals to improve patient treatments by over 2 percent.

The commitment to the 1750 residential homes and nursing homes.

The framework for the National Transport Plan for 2010-2013 four-year period of fulfillment by 1.5 billion. Budget proposal represents a real increase in funding of up to 15 billion NOK since 2005.

Appropriations for measures included in Kulturløftet increased by a total of 889 million.

Surcharges corresponding fees to be reduced by about 565 million NOK.

Valuation of secondary residences and commercial increases from 40 to 50 percent of the estimated market value.

Wreck deposit is increased by 500 NOK.