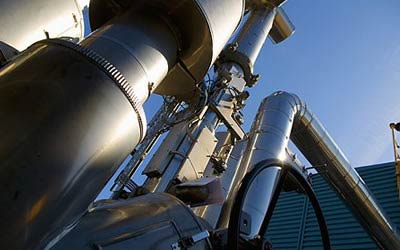 Earnings before interest, tax, depreciation and amortisation (EBITDA) amounted to NOK 249 million, resulting in an EBITDA margin of 8.3 percent.

“The fourth quarter has been a good quarter both operationally and financially”, says Jan Arve Haugan, President & CEO of Kvaerner.

In the fourth quarter the Kollsnes project was completed, the Longview project achieved Substantial Completion and the Sakhlin-1 GBS reached Mechanical Completion.

“2012 will be a year of uncertainty with regards to the final financial outcome. The results will be influenced by uncertainty connected to the commercial closing of major projects, representing both a potential upside as well as a downside. There is also uncertainty with regards to on-going projects. Additionally, the portfolio for 2012 will consist of several projects where profit not will be recognised in 2012 due to the fact that they not will reach 20 percent completion before year end”, says Haugan

“The market outlook is very promising and we have a significant number of upcoming prospects in our target markets which fit well with our technology platform and project execution model”, Haugan concludes.