The Swan Song of the Mysterious Poet 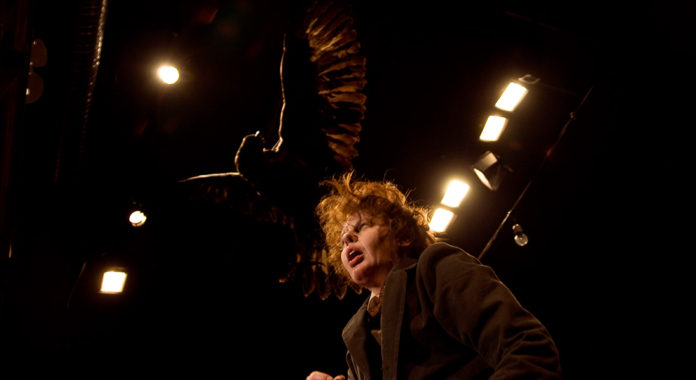 You may wonder, what can be common between a 19th-century poet, David Bowie and surrealism. The director of Grusomhetens teater in Oslo (or The Theater of Cruelty) means we all need to make a short break from our busy lives and go to his theater this week. Here is why.

What are we going to feel on the brink of death? Despair? Anger? Inevitability? Or maybe peacefulness and satisfaction that our lives were happy and meaningful? Maybe gratefulness? What will be our thoughts in the last minutes of existence? We rarely think about it in our fast-changing world. But we will all find ourselves in this situation. Sooner or later.

The Theater of Cruelty in Oslo again poses existential questions in its newly-restaged play “Siste Sang” (“The Last Song”). This time through picturing the life and works of the French poet Isidore-Lucien Ducasse, born in Uruguay, who died of the unknown reasons at the age of 24 in a small hotel room in Paris. Discovered in the National Library by young surrealists Philippe Soupault and André Breton, the works of Comte de Lautreamont (pseudonym of Ducass) became the foundation of the whole surrealistic movement. Why “Les Chants de Maldoror” (The Songs of Maldoror) – the most famous work of Lautreamont – is so relevant and important today and why we should stop and think about the last moments of our lives already now, explains Lars Øyno, the director of The Theater of Cruelty.

—People today often seek the secure positions in the society, try to find the safest way of living. Very few of them are posing the essential questions of existence. But life has also another, much darker dimention, which is important to take a look at. In this well-ordened, very logical world, we need to present the art that shows this surrealistic, nightmarish and hallucinating part of life. Even the art field today is totally commercialized. Art is used to express the artist’s self and not for the sake of art. But the poets like Ducasse were the tools for creating life, to help the art come through. They help us live and not be scared.

—He’s a big figure in the history of literature, because he writes about what it is to be a human being. He talks about violence, people torturing each other. This outcry, the anger about human environment, how people behave like animals, it facinates me. Because people don’t change at all. It has to do with greed, with sexual identity. With all the wars going on around us, people being scared, such works are useful tools for understanding the human nature.

—What does he say about the human nature?

—Lautreamont is occupied with gender identification, with androgynous human being that has in himself both male and female energy. He mentions the gap betweeen male and female existing in the society, their fixed roles, whereas there should be a combination of them. We just need to accept the female aspects in man and vice versa. Lautreamont says, we have to change, to transform, or the world will disappear, all humanity will be destroyed within very short time.

—Is it that serious?

—That’s why David Bowie is so important, that’s why people like him. He played a lot with gender identity and once said: “I can be everything. What is so dangerous about that?” The certain courage is needed to challenge the society the way he did. Bowie also had Lautreamont’s book, one of his favourite. Maybe he found a lot of inspiration there.

—Lautreamont inspired also surrealists. What is the connection between them?

—He writes his book in 1870. It’s a revolutionary literature. But it was lost for 40 years. It was the surrealist general André Breton who discovered it. He said: this is really surrealistic literature, this is our hero. The surrealists wanted a revolution, a transformation of traditional art. And they found all their major thoughts in Lautreamont’s works. Surrealists play with us, with our foolish seriousness. They wanted to make a “dada”. But behind this the serious message was waiting. It’s for the sake of change, to make something new, to built a better society where people can talk together, be together without fighting all the time.

—What is Siste Sang about?

—We talk about death. We create the situation about Comte de Lautreamont’s death. We don’t know anything about how he died, it was just an attest from the hotel owner. Some say it was from the epidemic desease that was in Paris at that time. But he was not a man sitting in the cafes like Rimbaud, among the poets in Paris. He was alone, totally. It’s a life of loneliness, a damaged life. On stage we have different personalities describing him. It’s his school teacher – Lautreamont exchanged with him some letters, also Lautreamont’s alter-ego, maybe his death, sitting and playing the piano. We know that he had a piano in the hotel room. He used to play to create the rythm of his poems. And in the end there is a figure that I don’t want to reveal.

—What does the poet sing in his “last song”?

—It’s the “swan song” for Lautreamont. It’s his last breath, last tune, last poem. When we pass the border into the unknown. For many artists, like Bowie as well, it was important to reach this border. He describes it well in his last video. What are we doing here? Why are we here at all? Are we here just to occupy the surface of the Earth or are we here to find some solution for something? It’s not a dark play. You move into a kind of strange metaphysical area, which appears in our dreams. And that is what the surrealists were very occupied with, the dreams. Dali, for example.

—Why did you decide to stage this play again?

—Six years have passed, and we look at the same situations with different eyes. I think, it’s always important to stage plays like this. Lautreamont is very honest in his writings. That’s why we like Van Gogh and admire him, because he was sincere. He suffered a lot to make the art come through. Also the topic of gender interests me quite much. Lautreamont himself is played by a female, an androgynous figure. His alter-ego is also in an adrogynous form. We need it to show the transformation. Metamorphoses are essential in human life. The bodies are changing, but our minds change unwillingly. It’s hard. But no change means death. We’ve just returned from Iran, where we played Hedda Gabler (Ibsen). Men in Iran do not want to change anything. Women started the hidden resistance, but all the priveleges are still for men. It’s essential to be able to change. No matter how difficult it is. 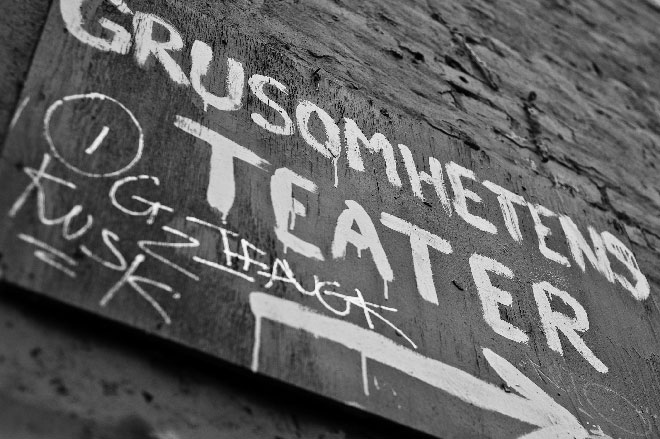