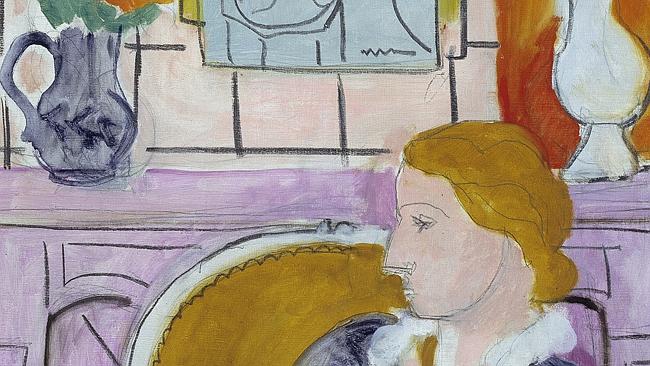 The Henie Onstad Art Center (HOK) near Oslo has announced that it will return the 1937 painting “Woman in Blue in Front of a Fireplace” to the heirs of its Jewish owner. The painting is one of the HOK’s core collections and it is worth approximately $20 million, according to Mail Online.

The Henie Onstad Art Center was established in 1968 as a donation of the couple Sonja Henie, the Olympic figure-skating champion and her shipping magnate husband Niels Onstad. In 2012, HOK was contacted by the heirs of Paul Rosenberg, a Jewish art dealer, claiming a return of “Woman in Blue in Front of a Fireplace”.

A painting with history

HOK started an investigation accordingly and the history of the painting is unveiled now.  According to HOK’s investigation, Paul Rosenberg, bought this Matisse painting in 1937. Later in 1939, he fled to the US leaving behind this painting in France. In 1941, the Nazis raided Rosenberg’s storage facility and looted its collections including the painting “Woman in Blue in Front of a Fireplace”. The painting was then registered by the Einsatzstab Reichsleiter Rosenberg, a German office dealing with Jewish cultural property. The painting changed hands several times and lost trace for a period of time before it was purchased by Niels Onstad and found its home in the Henie Onstad Art Center(HOK). HOK stressed that Niels believed the sale was legitimate.

A choice of conscious

“According to Norwegian law, HOK has the right to keep the painting on the basis of usucaption, i.e. relying on the time it has been in HOK’s possession and its acquisition in good faith by Niels Onstad, long before he met Sonja Henie and long before HOK was planned,” writes HOK.

However, Norway has signed the 1998 Washington Conference Principles on Nazi-Confiscated Art along with 43 other countries. Thus, Norway has agreed to its principles, one of which is “If the pre-War owners of art that is found to have been confiscated by the Nazis and not subsequently restituted, or their heirs, can be identified, steps should be taken expeditiously to achieve a just and fair solution, recognizing this may vary according to the facts and circumstances surrounding a specific case.” The Washington Conference Principles also contributed to the museum’s decision.

’Ultimately, it was the strength of the moral claim that persuaded the Henie Onstad Art Center to restitute this painting unconditionally to the Rosenberg heirs,’ said Chris Marinello, a lawyer representing the family, to Mail Online.

“Woman in Blue in Front of a Fireplace” is the first case of its kind in Norway. The HOK believed its resolution would have an impact on other institutions. The government has been called upon to establish a national committee to deal with Nazi-looted collections.