130 films to be shown at the Trømso International Film Festival 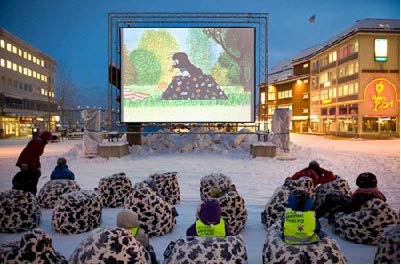 This year, the festival is held for the 23rd time. Its program includes more than a hundred films, including ones nominated for the prestigious “Oscar”. Such as “Django Unchained” by Quentin Tarantino, “No” by Pablo Larrain, and “War Witch” by Kim Nguyen.

There are 11 films from France, India, the U.S., Australia, Germany, Brazil and Japan in the program.

The festival was opened with Norwegian film “Before snowfall” (Før Snøen Faller) by Norwegian director with Iraqi origin Hisham Zaman – this film has the largest number of tickets sold.

Overall, the international jury of Norway’s largest film festival awards six prizes. The festival will last until 20th of January in Trømso.